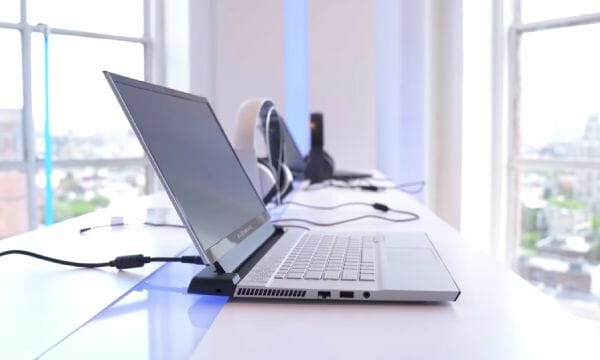 Best Computer for Video Editing in 2021 for Professional Editors

When you need to get the best computer for video editing but building a custom PC is not exactly your cup of tea, all-in-in (AIO) computers and laptops are our recommendations. They give you strong performance for your demanding software in a ready-to-use package.

But even after narrowing down to those options, there are still plenty of questions about which hardware and model are best for video editing.

If you’re at a loose end, have a look at our top choices and a buying guide at the end. 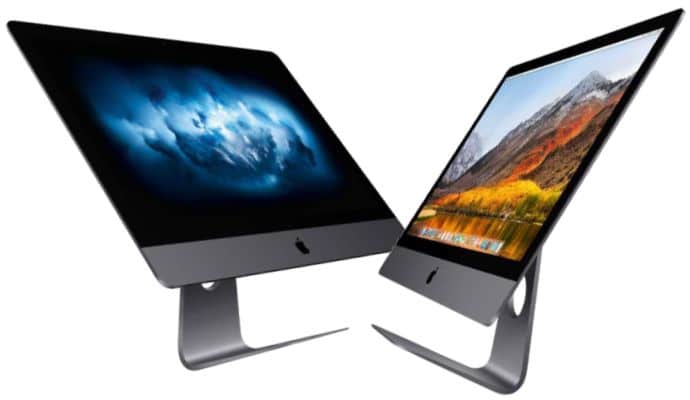 The 2017 iMac Pro is one of the most powerful Mac machines Apple has ever introduced.

Like other ordinary versions in the iMac series, the iMac Pro doesn’t feature any significant change in design since 2012. It’s only available in the gray color option, officially called “Space Gray,” similar to the color in iPhones and MacBooks.

Besides the color scheme, the 5K display is the most notable element of this AIO computer.

Featuring the Retina technology, its colors are amazingly vibrant, partly thanks to the brightness it can produce (up to 500 nits).

From pure processing power, there is nothing more you can expect. The maxed-out version of iMac Pro comes with the Intel Xeon W, Radeon Pro Vega 64, 128 GB RAM, and 4TB high-speed SSD.

Lower models offer you another graphics choice, the Vega Pro 52. Both of them are workstation-grade GPUs, which can handle major workloads such as 3D rendering, VR, and 4K video editing.

Apart from its price, the major issue with an AIO computer like the iMac Pro is its limited upgrade potential. You have no other choices rather than the ones Apple offers.

Verdict: If your budget permits, the iMac Pro is the best choice for a professional AIO computer. With powerful hardware and a stunning 5K display, it can easily handle any demand works you throw at it even some virtual reality 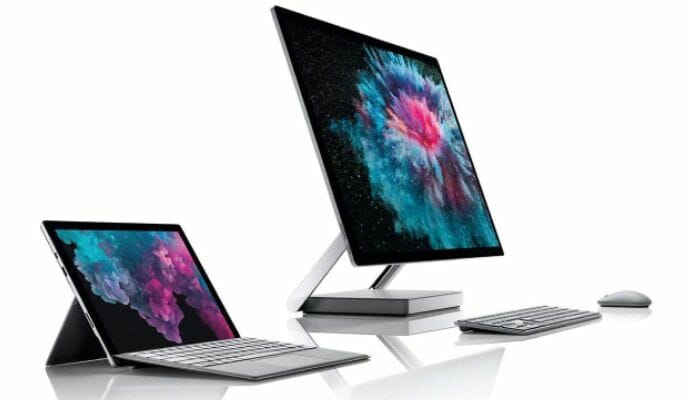 The original Surface Studio has become the talk of the town in the technology community when it’s released. And this new version has proved it’s a worthwhile upgrade, keeping almost the same look like the first version while introducing some useful upgrades.

No one can deny that Microsoft has drawn some visual inspirations from the iMac series of Apple. But there are clearly some differences, especially on the touch screen.

There are two metal arms holding the screen, which you can adjust to use vertically or horizontally. This display is a huge pixel-dense touchscreen that has a stunning image quality.

That’s a lot of processing power to edit your videos.

It passes through everything well, from productivity work, photo or video editing, and even AA games. Surface Studio 2 is responsive and snappy, just you can expect from a top-tier AIO workstation.

But keep in mind that for some reason, Microsoft decided not to use the most up-to-date CPU for its flagship computer: you will get a 7th Intel CPU instead of the 8th generation model.

Verdict: The Surface Studio 2 is a well-crafted machine that can work with most intensive professional-grade programs. Its drop-dead gorgeous touchscreen is a nice bonus for any content creator like you writers, bloggers, music producers, and drawers. 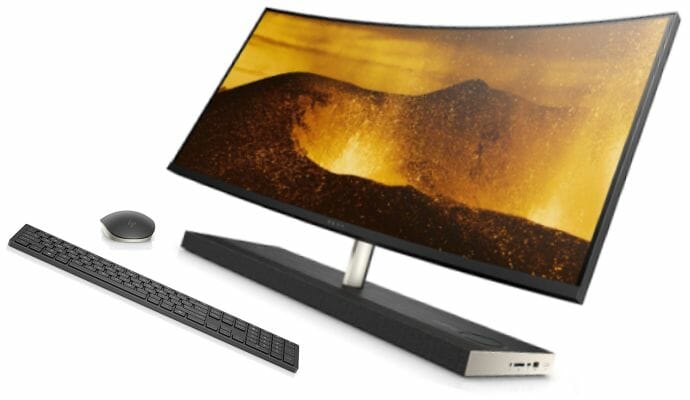 To make the Envy 34 sleeker and slimmer, HP has placed all the processing hardware – the GPU, the storage, the motherboard, and the CPU – into its base instead of the back of the screen.

Even the retractable webcam is also there to make the bezel thinner.

When you put this AIO computer on your work desk, you will notice a lot of features setting it apart, especially the screen.

This curved 3440×1440 screen provides great image quality. But unfortunately, this display doesn’t come with a 4k resolution. For those in need of 4k video editing capacity, this may be a real deal-breaker.

The curved screen also isn’t to everyone’s liking, which may take you some time to get familiar with it.

Though not marketed as a graphics computer, the HP Envy 34 still has all the powerful hardware to do the job just well.

With a GTX 1050 and a Core i7-8700T, it has enough power to help you in every demanding task, from video editing to gaming. In the Cinebench OpenGL test, it scored 89 fps – a pretty decent result for any professional workstation.

But the real concern comes from its upgrade potential, which is even more limited than the iMac from Apple.

Verdict: If you have a need for a 4K capacity and future upgrade, the Envy 34 from HP is a solid choice with its stylish design and powerful hardware. 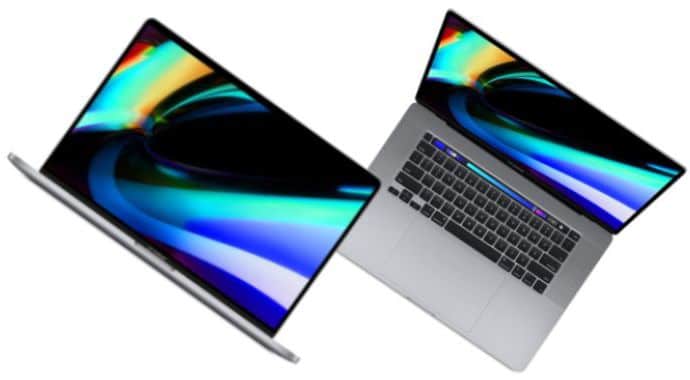 Though not having any revolutionary or innovative change from its predecessor, the 16-inch MacBook Pro from Apple is still an amazing laptop.

The design largely remains intact. Its aluminum chassis still has its iconic look, providing a lot of inspirations for many laptop models from other manufacturers.

But there are some small changes that show us that Apple has listened to criticism from its customers. The thin bezels are an example. They make the machine even more compact with a smaller footprint.

The MacBook Pro excels at video editing without stumbling into any problem, thanks to the 7nm architecture of AMD’s Zen 2. Using the MacBook Pro at other tasks is also a joy. The macOS is smooth and quick, even when you load a lot of apps at the same time.

Like any Apple product, the only old-age problem with the MacBook series is its price, which can put off a lot of customers, especially non-serious video editors.

Verdict: There isn’t much more needed to talk about it. The new MacBook Pro 16-inch is still an incredible machine like the previous versions. When you have a big budget, there is hardly any better choice. 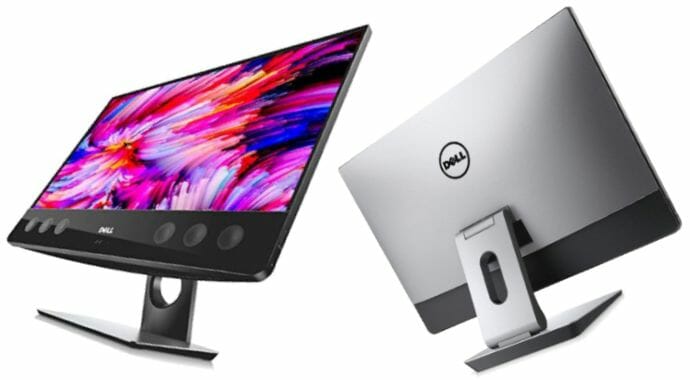 The XPS 27 7760 features the same design in the previous version.

Dell uses the CNC milling process to make the aluminum chassis, giving it an attractive look. This chassis and the stand have a gray finish with black trims.

The display of the XPS 27 is a 27-inch 10-point touch screen that supports 4k resolution.

It has decent brightness, scoring 344 nits in the colorimeter test. Though this is an improvement, you can get brighter screens in other computers, such as the Surface Studio 2 and the iMac Pro.

But the main part putting it head and shoulders above the rest is the sound system.

Thanks to the impressive ten speakers inside the chassis, the sound XPS 27 produces is loud, booming, and crystal clear. We can confidently say it’s the best AIO computer when it comes to audio.

The biggest flaws of the XPS 27 are the awkward placements of the webcam and ports, which are almost inaccessible for users.

Verdict: While you can get a better screen in other products, the XPS 27 7760 is still an amazing AIO machine, especially in sound quality.

How to Choose The Right Computer for Video Editing

To avoid getting the right model, you must put a lot of thought into this series of questions.

Which software do you plan to use?

Why must you ask yourself this? Because different video editing software prioritizes different components of your machine.

For most software, the CPU generally carries the main workload in a computer for video editing. Many people have the wrong idea that this title goes to the GPU, but it’s not. What runs non-linear video editing software and creates video previews is your CPU.

So as a general rule of thumb, you need to put the CPU as the top position in your consideration list. 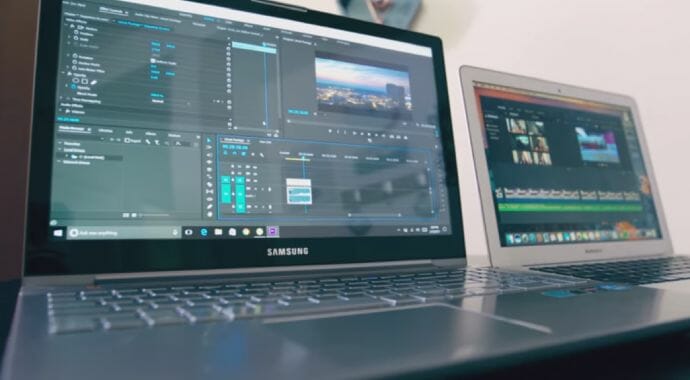 Which software do you plan to use?

On the other hand, a quality graphics card can already handle almost all jobs the video editing software throws at it. Usually, there is no point in getting a GPU above $500. Just save the money for a better CPU.

For example, Adobe Premiere Pro – one of the most popular choices – uses your CPU to process most of its work instead of your GPU.

But when DaVinci Resolve is what you’re going to use, it’s a different story.

This time around, you should not forget about getting a top-tier GPU since this program from Blackmagic Design is one of the few NLE that puts most of its image processing and rendering in the GPU.

And how about Final Cut Pro?

Well, your hands are tied, and you have no other choice other than Apple’s Macbook Pro and iMac Pro.

4K videos have become more popular these days, even something you can brag about in your video title. Playing with 4K footage requires a lot of processing power, even in the video editing standard. 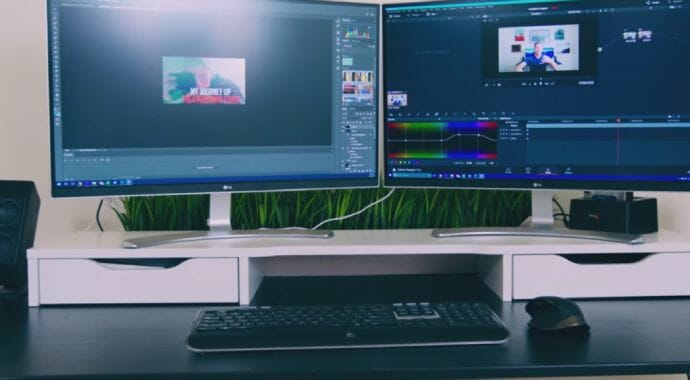 This means you can spend much less money on your storage, RAM, GPU, and CPU and still wow your viewers with gorgeous videos. On top of that, we don’t think 1080P videos are going to be irrelevant anytime soon.

If you want a future-proof option and don’t mind a high price tag, a computer with 4K capacity is still a safer choice.

What is your budget?

The best advice when it comes to such a huge investment like this is considering what you’re going to do with your computer.

If you are just an amateur, and video editing is just your part-time job or even a hobby, throwing a few thousand dollars into your first system is not a wise decision and you may want to keep it under $500.

But when making videos is your main source of income, which requires you to work multiple hours a day before a computer, a top-tier machine doesn’t sound like such a luxury anymore.

What are your usual workloads? 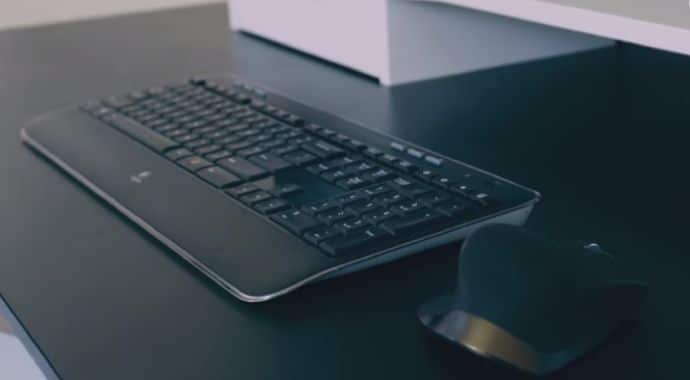 What are your usual workloads?

How you’re going to edit video makes a difference in the system you need to get.

Do you need a professional PC to constantly churn out videos daily for your business? Or Is a computer with only decent performance and more portability better for you?

What hardware do I need for video editing?

Software makers often already list out the hardware requirements for their programs.

What hardware do I need for video editing?

From their recommendations, we have compiled a list of hardware components for an average computer for video editing.

What computer do I need to edit 4K videos? 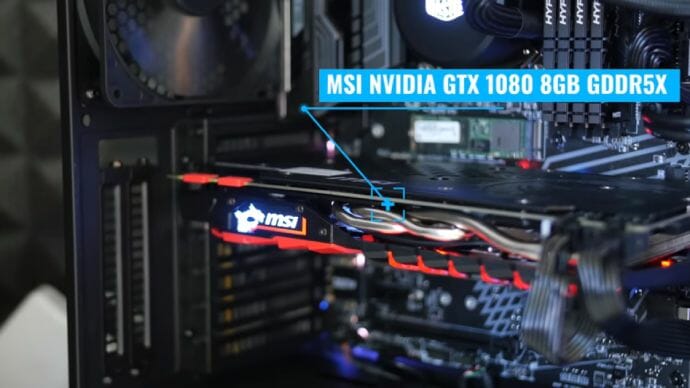 What computer do I need to edit 4K videos?

We have said multiple times: you’re going to struggle with editing 4K video unless you spend big in your system, especially a 4K display.

That’s why we recommend getting a top-tier machine, such as the iMac Pro above, which has a 5K screen with stunning image quality.

What computer do Youtubers use for editing?

Many people start out their Youtube channel with a lower-end computer for video editing. This is especially true when the channel is still in the early stage and needs more viewers and revenue to justify a more expensive investment. 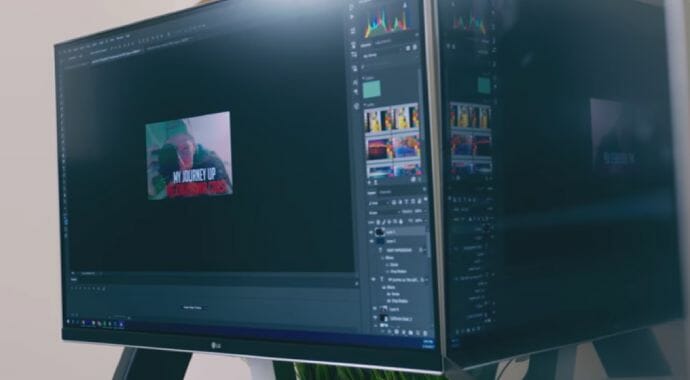 What computer do Youtubers use for editing?

A MacBook Pro from Apple is a solid choice in this phase, which gives you enough power to make quality videos while still having great portability.

It’s also not an overkill even when you use it for other productivity and business work.

AIO models and laptops can totally replace a custom PC as your main video editing computer.

In fact, this and other content creating tasks are often one of the most popular purposes of those high-end systems. So you can never go wrong with picking up one of them as the best computer for video editing.

Are you happy with your choice? If yes, please share your thoughts with us in the comment section below.