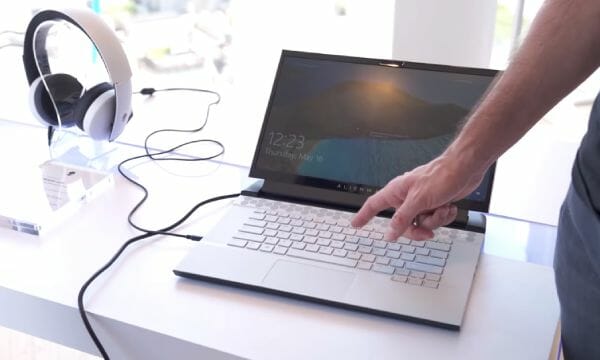 The era of virtual reality (VR) is on the horizon.

If you want to dip your toes into the world of immersive and richly-detailed VR games, finding the best VR laptop is a must. But we also know that you don’t want to splash out a lot of money on something you’re not sure about.

Read on to find out the best options on the market right now and, most importantly, how to choose the right VR-Ready laptop for yourself.

What are VR-Ready Laptops?

Virtual reality headsets such as HTC Vive and Oculus Rift can provide immersive experiences, not only for games but also for other applications. But to produce those fascinating, smooth images, they alone are not enough. We need another piece of hardware to power those headsets. 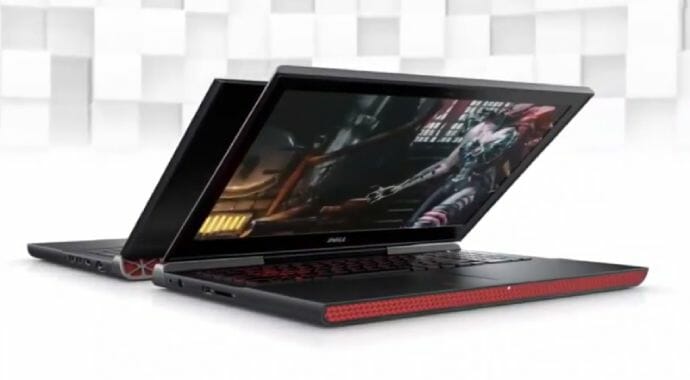 What are VR-Ready Laptops

The most common form of machine driving VR games is traditional PCs. But for those in need of a more portable option, VR-Ready laptops are a better choice.

They are laptop models with high-end hardware, especially GPUs, which is powerful enough to run heavy games in a relatively smaller size. They come with different hardware configurations, performances, and prices.

To make the matter simpler for you, we have compiled a list of the best VR-Ready laptops below. 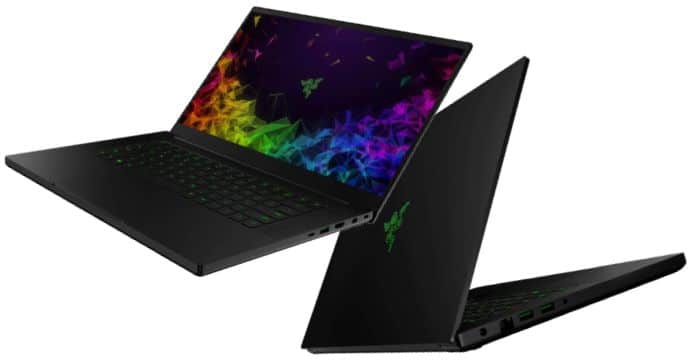 With the new Razer Blade 15, the distinct design elements – such as top-firing speakers, the big touchpad, and a black chassis – still remains in a compact size.

No matter which specific configuration you go for, you’ll get a 15.6-inch edge-to-edge monitor with at least 144Hz in screen fresh rate. You can also upgrade RAM capacity to 64GB from the default 16GB.

On top of that, the base model offers the GTX 1060 Ti, which is often the minimum recommended graphics card choice for a smooth VR experience. Other more advanced models feature RTX 2060, RTX 2070, RTX 2080, and even the Quadro RTX 5000 will be able to satisfy your needs.

There shouldn’t be any complaints about graphic card performance here. And it really shows in the real-life benchmark results.

The Blade 15 can host most new AAA games with high settings without going under 30fps. Even the most demanding VR games right now don’t seem to be an issue for this powerful machine.

The only major setback is its price. But this should never be a surprise as VR requires a lot of resources. However, if you’re a gamer you’re in luck – it’s a great gaming laptop for under $2000 that you can use for anything from WoW to Fortnite to Sims.

Our Verdict: Those its price may cost you a fortune, the compact Razer Blade 15 continues the tradition of one of the most notable gaming laptop lineups, even in the VR era. 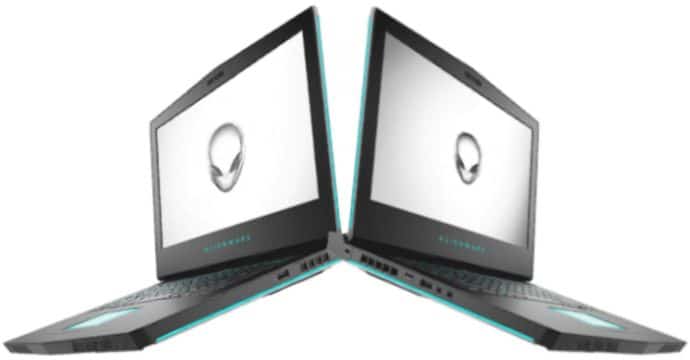 Dell hasn’t introduced many changes into the design of the Alienware 15 R4. You still get a bulky spaceship-like machine, but this time around, black is the primary color.

This VR-Ready laptop features a 1080p, 15.6-inch display. But instead of a thin one like the Blade 15, it comes with a huge bezel, which you can’t easily ignore at first.

There is no surprise that it doesn’t slough even with the heaviest traditional games and newer VR titles.

For instance, you can get 74fps out of it in the GTA V, which is even higher than the 66fps of the Razer Blade. Even more impressive, it scores as high as 11 in the Steam VR test.

This model is best to play VR exploration with all the high resolution it provides.

Verdict: If you don’t mind a bulky design but care more about performance, the Alienware 15 R4 is a solid choice. 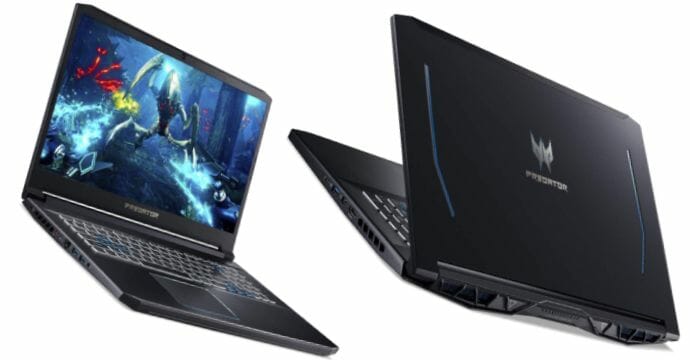 The Predator Helios 300 offers only a metal lid while the rest, such as the underside and screen bezels, is made from plastic. You won’t get any premium all-metal feel out of it though you might expect it considering it’s in the under $3000 category.

But for a budget option, this is fine for most gamers.

The most features setting it apart from other machines is gaming performance for its price.

You can reach 60fps easily, even in new game titles with high settings. Acer achieves this by bundling a GTX 1060 Ti and an Intel i7-9750H in the Predator Helios 300.

This gaming laptop can also carry VR games with no problem.

You can fully experience breathtaking images powered by it through any VR headsets like the Oculus Rift or HTC Vive. But it does have some glitches.

The fans may become cranked in heavy-loading periods. The machine doesn’t get heated much, but the fan noise may be extremely loud. In addition to this, the battery life is also not that great either. We recommend you plug it into power while running any VR games.

Verdict: Despite its flaws, the Acer Predator Helios 300 still runs like a top-tier machine with impressive performance, making it an ideal choice for those who want to try out VR games with a tight budget. 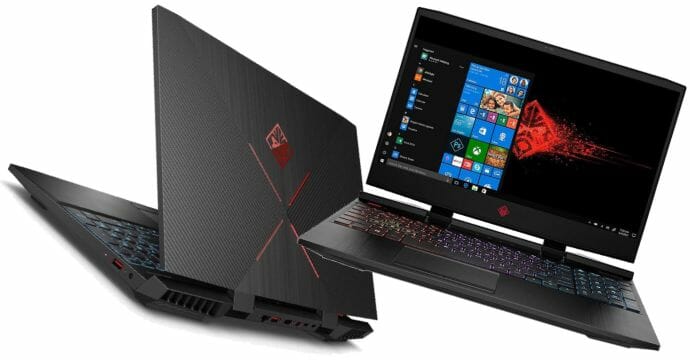 HP has gone all in for a body design in with the Omen 15.

The black metal lid is divided into fours, resulting in two triangles, while the display is raised slightly by the dual hinges.

Equipped with the GeForce RTX 2070 and 9th-gen i7-9750H CPU, it promises a top of the world gaming experience right in an entry-level series.

When put into real-life tests with demanding titles such as the Red Read 2, the Omen 15 performs extremely well even on the Ultra setting. It can go head to head with the top-tier G3 15 and Zephyrus in a pure-fps comparison.

With such performance, it comes to no one’s surprise when it can accommodate an HTC Vive or Oculus Rift S handy. But keep in mind that it gets a 5.5 score in the Steam VR test so there are many room for the model to improve.

Verdict: The Omen 15 is a great option for entry to mid-tier gaming laptops. You can’t expect a miracle from its design, but it’s still solid enough for popular non-VR and VR titles. 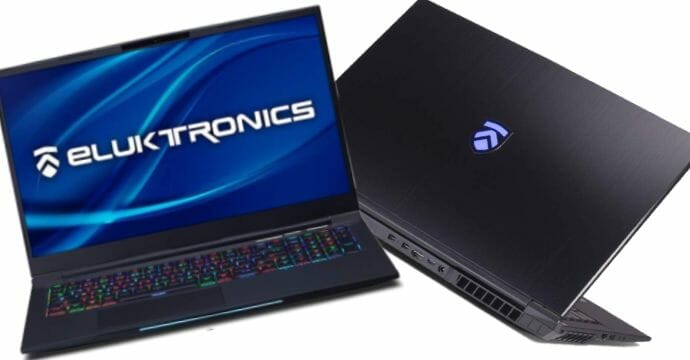 Eluktronics is usually a good budget gaming vr laptop. But step by step, this OEM has proved it can deliver great performance at reasonable prices.

As an example, this Eluktronics MECH-17 G1Rx comes with an i7-9750H, GTX 1060 Ti, and 16GB RAM for its base model. On top of that, the NVMe SSD brings a lot of space for your program files and games, while the large 17.3-inch FHD display also contributes a lot to the gaming experience.

But can those impressive specifications result in actual performance?

The answer is yes. You can run the newest game titles without any slowdown. Even VR applications and multitasking don’t pose much of a challenge to this powerful machine.

However, there are some reasonable complaints.

This game is perfectly for simulation vr since it offer more process than speed. It’s also very popular with stock traders.

Verdict: If you want a new breath among the old names in the market, the Eluktronics MECH-17 G1Rx is really worth your investment.

How to Choose A Good VR Laptop?

GPU – The Most Demanding Requirement

The main barrier of virtual reality gaming and other applications is its technical demands.

The minimum frames per second for a decent VR experience, where you can immerse yourself in a jaw-dropping world, is 90. Any number below that can result in narrow and jerky images, or even nausea – a symptom of motion sickness. It’s easy to say with a VR laptop you can do anything from streaming to autocad to pentesting.

And to deliver this fps on a constant basis is no joke. 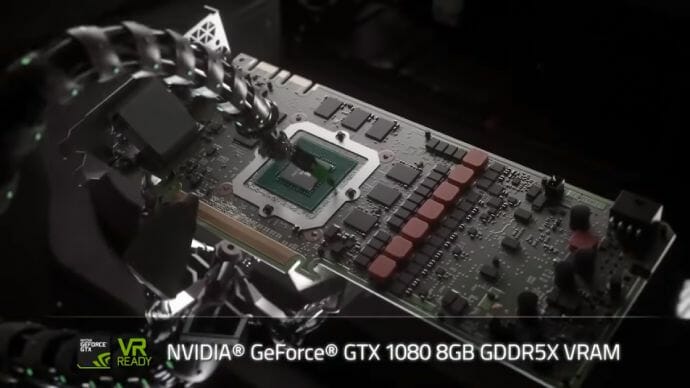 Besides the VR accessories like controllers and headsets, you will need a super-powerful machine, even in gaming standards. Without it, even the most advanced and exciting headset like the Oculus Rift will become a useless toy.

But which hardware department do you need to pay close attention to?

The answer is the graphic cards. High-end GPUs are the main driving force behind those gorgeous images and motions you see in VR games. Both the HTC Vive and the Oculus Rift require at least GTX 1060 or an equivalent model. 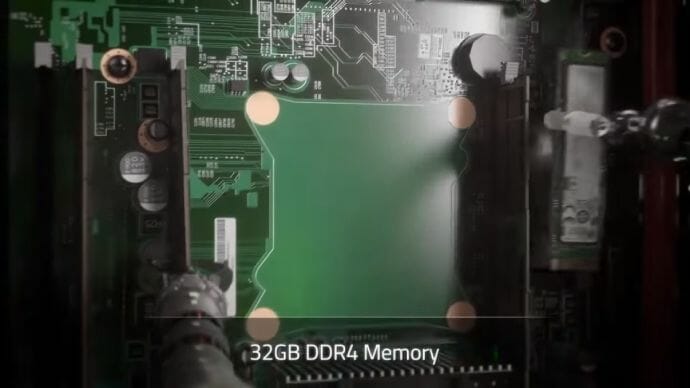 Apart from the GPU, other requirements on hardware are often more relaxing. You can already easily hit those targets with any good traditional gaming laptop.

Those most VR headsets officially only need 4GB RAM work, we recommend at least 8GB for a smooth operation. This extra capacity is useful when you need another program, streaming software, for example, at the same time.

Similarly, high-end CPUs in premium gaming machines can carry even the newest VR titles without a hitch.

The only issue you may need extra care is the ports. You’ll need enough ports required by each headset, usually HDMI, DisplayPort, and USB. 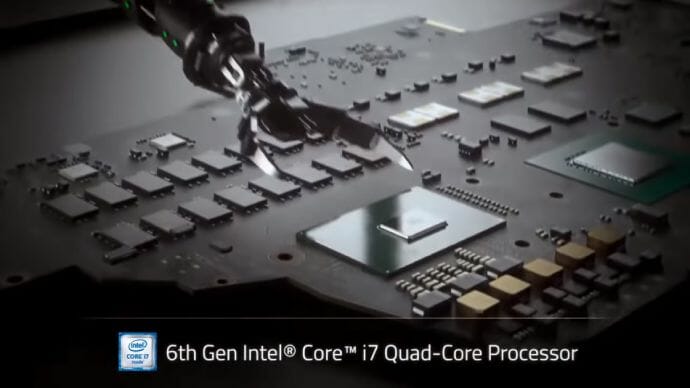 A cooling system can help protect your expensive components, avoid surprise lags or shutdowns. To build an effective system does require not only extensive engineering research and testing but also experience from laptop manufacturers.

The most practical advice for this issue is going for real-life tests, where reviewers put these beasts into action and measure its heat.

No one wants to buy an expensive machine then see it becoming obsolete after just a few years. This fact is even truer for gaming enthusiasts who demand the best results from their hardware even with the newest game titles.

If you’re in the same boat, have a look at the overclocking and upgrade potential in each gaming laptop before making any purchase. This is the best way to make sure your VR-Ready laptop can keep up with the new games in upcoming years. Overall, their reselling value is good though and can even have a high resale value when refurbished. 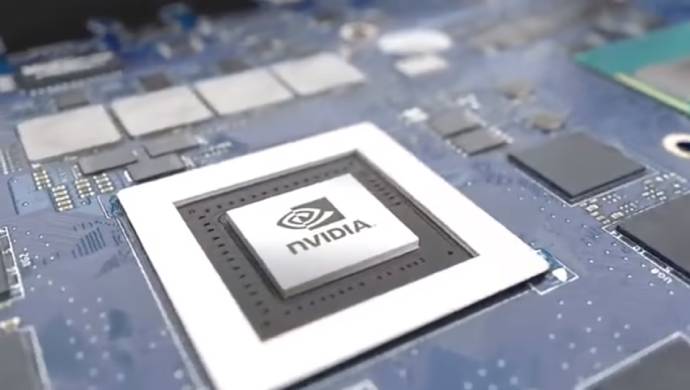 Gaming laptops are not cheap.

Top of the world experience like what VR can bring requires the best hardware that manufacturers can stack into their products, resulting in some of the highest prices on the laptop markets.

By saying this doesn’t mean gamers with a tight budget couldn’t test out those shiny VR titles. Many models, like the Predator Helios 300 and Omen 15 above, can do a decent job at reasonable prices.

What do You Need for VR on Your Laptop?

One of the most challenging aspects of bringing VR to customers is the powerful hardware components required to run the software and headsets. 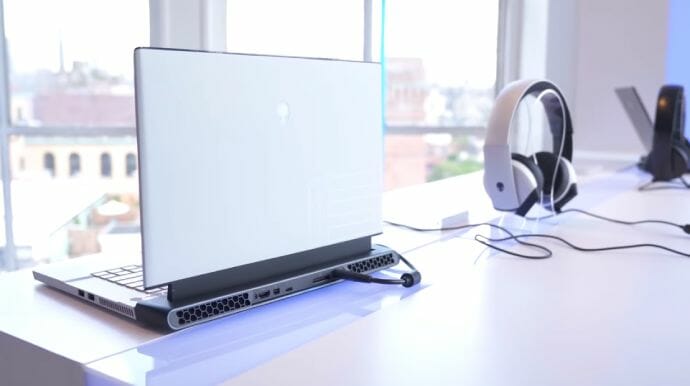 What do you need for VR on your laptop?

While 60fps is enough for most non-VR games, the minimum number you want to have here is 90fps. A high-end GPU is the most important hardware to achieve this and avoid motion sickness.

How Much does VR Cost?

Prices of gaming laptops depend a lot on their specifications, design, and warranty. A VR-Ready laptop can cost you anywhere from $800 to $2000 to even as high as  $4000. And we still haven’t counted the cost of VR headsets and other accessories.

How do I Make My PC VR Ready?

Since the VR capacity of a computer system usually depends only on its hardware performance, as long as you can afford to upgrade your PC, it’ll be VR-Ready.

Since even a “cheap” VR-Ready laptop already bears a huge price tag, there is no reason you don’t put a lot of thought into them before making the final call.

If you still have any questions about our list of the best VR laptops, don’t hesitate to leave them below. We’ll try our best to find the answer for you as soon as possible.