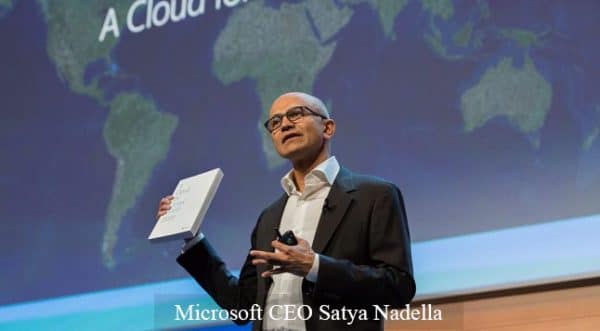 Continuing to mount its offensive in the cloud services market against Amazon Web Services, Microsoft announced today plans to launch multiple cloud data centers in France, starting next year. AWS said it was planning to do the same last week.

In the same announcement, Microsoft said it has invested about $3 billion in building cloud data centers in Europe to date. The company has doubled its European data center capacity over the past year alone, its CEO Satya Nadella said while speaking to an audience at a company event in Dublin on Monday.

“We’re building it out as a global hyperscale cloud,” he said about strategy behind Microsoft’s ongoing data center expansion around the world. “We now have over 30 regions across all parts of the globe, making sure that there’s access to the cloud.” 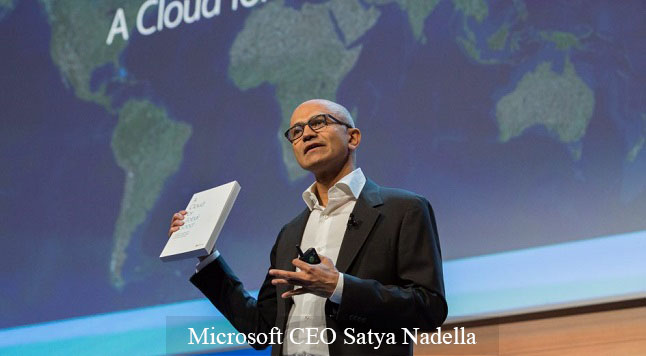 Microsoft has been pursuing physical data center capacity to support cloud services in as many locations as possible as a key differentiator in the cutthroat market, where AWS dominates by revenue and Microsoft comes a distant second. Google, which has yet to disclose its cloud revenue (analysts estimate it is far behind Microsoft’s) is also vying for a leading position in the market and investing billions of dollars in cloud data center construction around the world.

Today, Microsoft’s 30 operating cloud availability regions make it a leader in terms of the number of locations its customers can chose to host their cloud applications and data in. The company has announced six more that are in progress.

Its European cloud data center footprint now consists of facilities in the UK; Germany, where it is using T-Systems as both data center provider and “data trustee;” the Netherlands; Ireland; Austria; and Finland.

Microsoft’s cloud infrastructure isn’t limited to the 30 locations where it has big dedicated data centers or data center campuses. It includes an extensive worldwide CDN, or Content Delivery Network, comprised of smaller points of presence provided by Verizon and Akamai. Nadella suggested the company was either already beefing up or planning to beef up capacity in many of those edge locations, primarily in response to growth in the number of connected devices, collectively referred to as the Internet of Things.

“We are building out our servers as the edge of the cloud,” he said. “Especially with the prevalence of IoT, as more data is generated at the edge, you need more compute and storage at the edge. You cannot just have a throwback to just centralized computing anymore. You need true distributed computing fabric.”

One of the companies helping Microsoft and its rivals expand the edges of their clouds is data center provider EdgeConneX, which specializes in building edge data centers but which recently signed a deal to deliver large-scale data centers for Microsoft in the US and in Europe, a person familiar with the deal told Data Center Knowledge. Backed by major telcos, EdgeConneX has already built an extensive edge data center network across the US and planted the seeds for something similar in Europe.

The EdgeConneX data center in Portland, for example, provides direct network connectivity to AWS and, through a partnership with connectivity services company Megaport, to Microsoft Azure.

Many other data center providers, such as Equinix, CoreSite, and Digital Realty Trust, have also made direct access to major cloud providers from their facilities an important part of their business strategies.