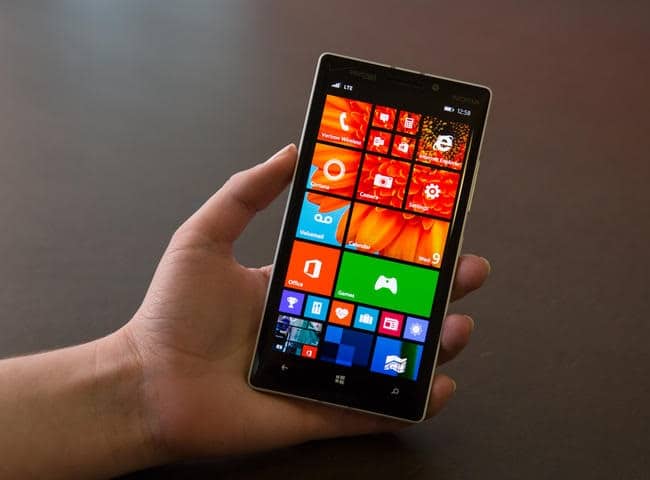 Many people give up Windows Phone app reasons. That makes this OS lagged behind compared to iOS and Android.
In recent years, Microsoft’s operating system is no longer the focus of software development. Moreover, the advanced applications are gradually disappearing.

American Airlines, Chase Bank, Bank of America, NBC, Pinterest and Kabam stopped their apps on Windows Phone. Some companies have an explanation, others remain silent. This makes not only does the application of new third party is gone, even the Microsoft software such as MSN, Photosynth and utilities for camera Lumia also disappearing or not upgraded. In addition, US tech companies have yet to be equipped with word processing applications for this operating system. Things can change when upgrading to Windows 10.

Microsoft’s new direction
Sales of the Lumia to just 5.8 million in the quarter, down 3.5 million from the same period last year. Therefore, Microsoft is focusing on a new phone line and better efficiency called Surface. It caters to a small portion of people still want to use Windows Phone. Windows Phone into a deserted garden.

The issue of the application of this operating system still exist. Instagram was released nearly two years ago. However, it does not yet support video. There are many other applications like Twitter are hardly new upgraded features.
However recently, CEO Mark Zuckerberg has declared: “Facebook will have on Windows 10”. So hope Instagram on Windows Phone will support video in the nearest time.
Zuckerberg’s commitment to help Microsoft Windows 10 have higher expectations of their new operating system.

Windows 10 is a free upgrade for users of Windows 7, 8 and more than 110 million computers running the software. Microsoft is trying to encourage developers to create applications that run on universal personal computer, phone, tablet and even the Xbox One. That is the great promise of Windows 10.

Microsoft Windows 10 are open to Android and iOS developers to easily develop applications. This has been announced several times in the conference May 10. However, it is still not a reality. If implemented it will help application stores of catching up with the Windows 10 operating system.
This is also partly due to the continuous innovation of the Windows Phone OS. From Windows 7 to 8 and then 8.1. Recently, the operating system Windows 10. The continuous innovation makes hardware obsolescence. Along with that the application must be designed and updated.

Windows Phone may not restart again
With the constant changes of Windows Phone, the only thing still exists is the lack of applications. Many of the changes that have been built in this new operating system. Windows Phone hopes that it will create attraction for users and application developers. If this happens, maybe this will be the last time Windows Phone hit the restart button.